It’s fine to have one and it’s fine to be proud of it, but please don’t whip it out in public and start waving it around… and PLEASE don’t try to shove it down my throat.

…and I keep looking for ways to offend them, it’s a team effort.

I have the distinguished honor of being a member of the Committee to raise $50,000,000 for a monument to Hillary R. Clinton.

We originally wanted to put her on Mt. Rushmore until we discovered there was not enough room for her two faces.

We then decided to erect a statue of Hillary in the Washington, D.C. Hall of Fame.

We were in a quandary as to where the statue should be placed.

It was not proper to place it beside the statue of George Washington, who never told a lie, or beside Barack Hussein Obama, who never told the truth, since Hillary could never tell the difference.

next door to the factory where he works and is about to order a drink, when he sees a guy close by wearing a ‘Make America Great Again’ hat, with a beer in front of him.

The Democrat does not have to be an Einstein, to know that this guy, is a Republican.

So, he shouts over to the bartender so loudly that everyone can hear him clearly, “Drinks for everyone in here, bartender,
but not for the Republican.”

Soon after the drinks have been handed out, the Republican gives him a big smile, waves at him then says, “Thank you!” in an equally loud voice. This infuriates the Democrat.

The union boss once again loudly orders drinks for everyone except the Republican. As before, this does not seem to bother the Republican. He continues to smile, and again yells, “Thank you!”

The Democrat once again, loudly orders drinks for everyone except the Republican.

As before, this STILL doesn’t seem to bother the Republican who continues to smile, and again yells, “Thank you!”

The Democrat boss asks the bartender, “What the devil is the matter, with that Republican? I have ordered three rounds of drinks for everyone in the bar but him, and all the silly ass does, is smile and thanks me. Is he nuts or what!?”

“Nope,” replies the bartender. “He owns the place.”

The text of the lunatic mutterings can be seen at the end.

A man walked into a bar near Lexington, KY and ordered a beer just as former President Clinton appeared on the television. After a few sips, he looked up at the television and mumbled, “Now, there’s the biggest horse’s ass I’ve ever seen.”

A customer at the end of the bar quickly stood up, walked over to him, and decked him.

A few minutes later, as the man was finishing his beer, Hillary Clinton appeared on the television. “She’s a horse’s ass too,” the man said. This time, a customer at the other end of the bar quickly stood up, walked over to him and knocked him flat.

The man said, climbing back up to the bar, “This must be Clinton country!”

When little Johnny was 8, he got under mom’s foot as she cleaned house one day. In a flash of frustrated inspiration she said “Johnny, you want to be a construction worker when you grow up, right? Why don’t you go watch them build the house across the street? You might learn something. And stay out of their way. OK?” So off Johnny goes.

Before dinner Johnny returns home and promptly starts getting in her way while she prepared dinner. So mom sets johnny on the counter and tells him to tell her what he learned over there.

So Johnny tells her. “First you put up a Goddamn door and the motherfucker won’t fit. So you have to take the son of a bitch down and shave a red cunt hair off the side. Of course then it’s looser than Mary on payday. So you’ll then have to use some wedges and shims to make the door fit tight as a teen pussy.” 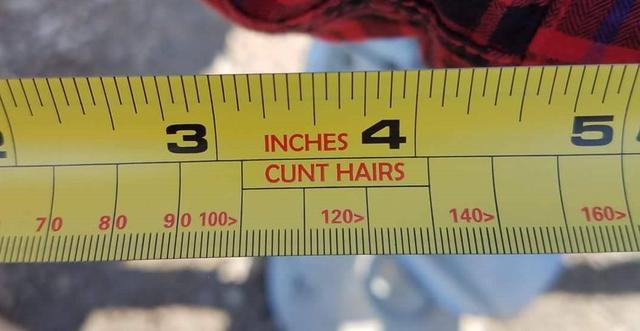 After picking up her jaw, mom sends Johnny on to his bedroom to wait for his dad to get home. A short time later Johnny’s dad comes in. They both sit on the bed, heads hung “Johnny, your mom wants me to ask what you learned today.”

“Yeah I know son, let’s just get this over with.”

After repeating the story his dad said “Son, that kind of language is not acceptable. You know this, we’ve been over this before.”

“I know son, but I think you should go out back and get me a switch.”

“A switch? Yeah fuck you that’s the electrician’s job.”

The Feral Irishman for the harvest moon photo.

Savoy Brown for the music.

This scientific explanation may be lacking in detail, but the images are effective at getting the concept across.

Static electricity is an imbalance of electric charges within or on the surface of a material.

The charge remains until it is able to move away by means of an electric current or electrical discharge.

For modeling the effect of static discharge on sensitive electronic devices, a human being is represented as a capacitor of 100 picofarads, charged to a voltage of 4,000 to 35,000 volts. When touching an object this energy is discharged in less than a microsecond.

Are you still having a little trouble understanding this?
If so, the next photo may help.

An atheist professor was teaching a college class and he told the class that he was going to prove that there is no God. He said, “God, if you are real, then I want you to knock me off this platform. I’ll give you 15 minutes!” Ten minutes went by. He kept taunting God, saying,”Here I am, God. I’m still waiting.” He got down to the last couple of minutes and a retired Navy Seal, newly registered in the class walked up to the professor, bitch slapped him full force in the face, and sent him flying from his platform. The professor struggled up, obviously shaken and yelled, “What’s the matter with you? Why did you do that?”

The Seal replied, “SIR! GOD WAS BUSY, SO HE SENT ME! SIR”

A South Carolina farm wife called the local phone company to report her telephone failed to ring when her friends called and that on the few occasions when it did ring, her dog always moaned right before the phone rang. The telephone repairman proceeded to the scene, curious to see this psychic dog or senile lady.

He climbed a telephone pole, hooked in his test set, and dialed the subscriber’s house. The phone didn’t ring right away, but then the dog moaned and the telephone began to ring. Climbing down from the pole, the telephone repairman found:

1. The dog was tied to the telephone system’s ground wire via a steel chain and collar.

2. The wire connection to the ground rod was loose.

3. The dog was receiving 90 volts of signaling current when the number was called.

4. After a couple of jolts, the dog would start moaning and then urinate.

5. The wet ground would complete the circuit, thus causing the phone to ring… which           demonstrates that some problems CAN be fixed by pissing and moaning.

He just knew what it was. He jumped back on his bike and rode off. Just around the bend he met an old man with a cane, hobbling along.

“Come here quick,” said the boy, “you won’t believe what I heard! Satan and the Lord are down at the cemetery dividing up the souls!”

The man said, “Beat it kid, can’t you see it’s hard for me to walk.” When the boy insisted though, the man hobbled slowly to the cemetery.

The old man whispered, “Boy, you’ve been tellin’ me the truth. Let’s see if we can see the Lord…?” Shaking with fear, they peered through the fence, yet were still unable to see anything. The old man and the boy gripped the wrought iron bars of the fence tighter and tighter as they tried to get a glimpse of the Lord.

At last they heard, “One for you, one for me. That’s all. Now let’s go get those nuts by the fence and we’ll be done….”

They say the old man had the lead for a good half-mile before the kid on the bike passed him.

The kids filed into class Monday morning. They were all very excited.
Their weekend assignment was to sell something, and then give a talk on salesmanship.

Little Sally led off. “I sold Girl Scout cookies & Imade $30,” she said proudly, “My sales approach was to appeal to the customer’s civil spirit and I credit that approach for my obvious success.”

Little Debbie was next. “I sold magazines,” she said, “I made $45 and I explained to everyone that magazines would keep them up on current events.”

Eventually, it was Little Johnny’s turn. The teacher held her breath.

Little Johnny walked to the front of the classroom & dumped a box full of cash on the teacher’s desk.

“Toothbrushes!” echoed the teacher, “How you possibly sell enough tooth brushes to make that much money?”

“I found the busiest corner in town,” said Little Johnny, “I set up a Dip & Chip stand & I gave everybody who walked by a free sample.”

They all said the same thing, “Hey, this tastes like dog crap!”

Then I would say, “It is dog crap. Wanna buy a toothbrush? I used the President Obama method of giving you some crap, dressing it up so it looks good, telling you it’s free and then making you pay to get the bad taste out of your mouth.”

Little Johnny got five stars for his assignment.

The United States Postal Service just had to recall a stamp they created with a photo of former Democrat presidential candidate Hillary Clinton. It was to honor her time as First Lady and her service to America.

Hillary and Bill Clinton demanded a full investigation into the allegations.

After a multi-million dollar Postal Service investigation team spent months looking into the problem, they discovered this:

* The stamp was manufactured correctly.
* The adhesive works normally.
* People were just spitting on the wrong side!

Little Red Riding Hood is skipping down the road when she sees a big bad Wolf crouched down behind a log. My, what big eyes you have, Mr Wolf. ” The wolf jumps up and runs away.

Further down the road Little Red Riding Hood sees the wolf again and this time he is crouched behind a bush. “My, what big ears you have, Mr Wolf.” Again the wolf jumps up and runs away.

About two miles down the road Little Red Riding Hood sees the wolf again and this time he is crouched down behind a rock. “My, what big teeth you have, Mr Wolf.”

With that the wolf jumps up and screams, “Will you fuck off?! I’m trying to take a shit!