‘Cause every girl crazy ’bout a sharp dressed man 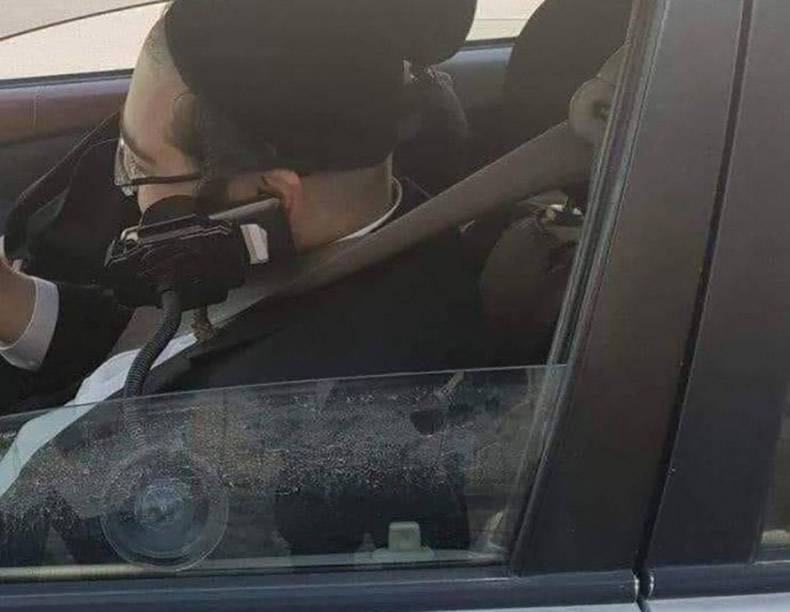 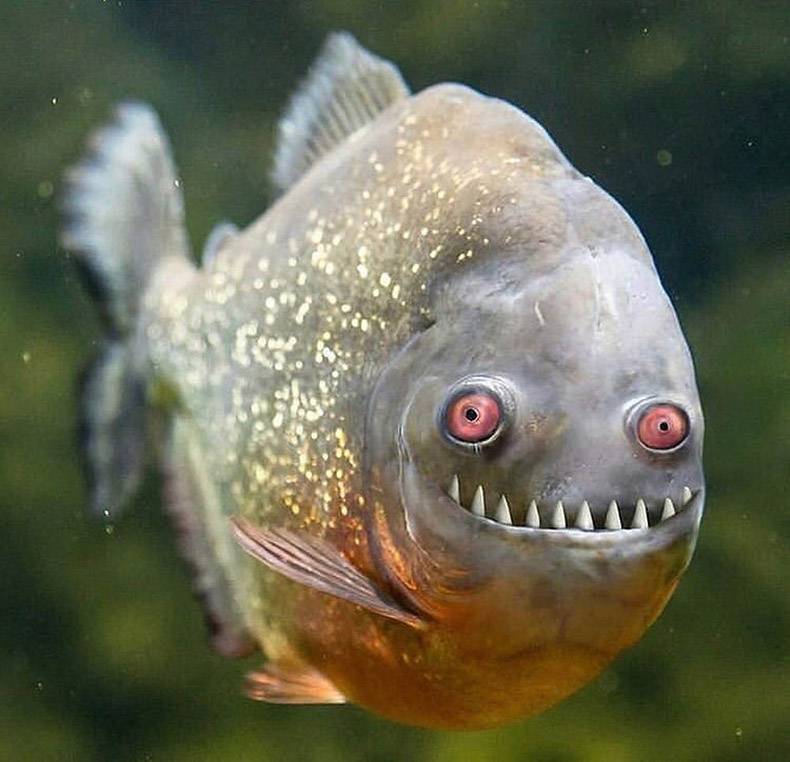 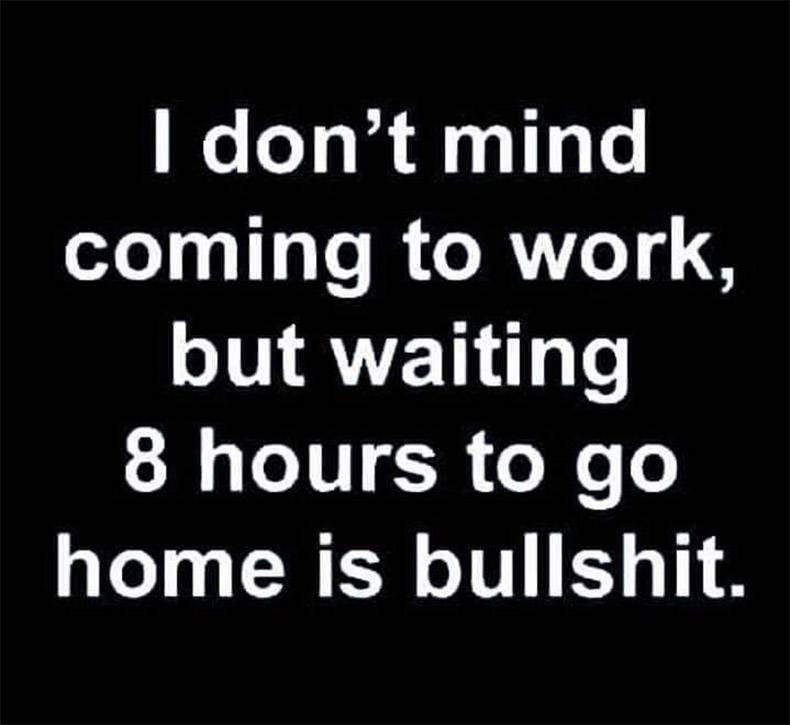 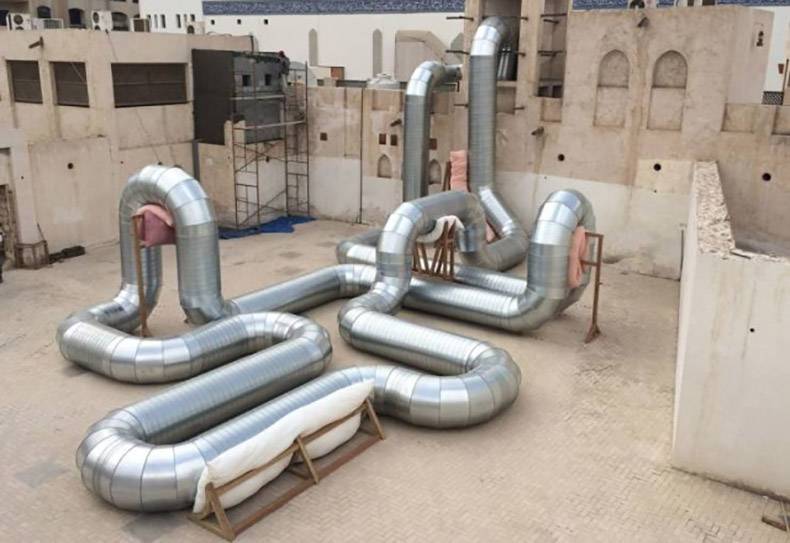 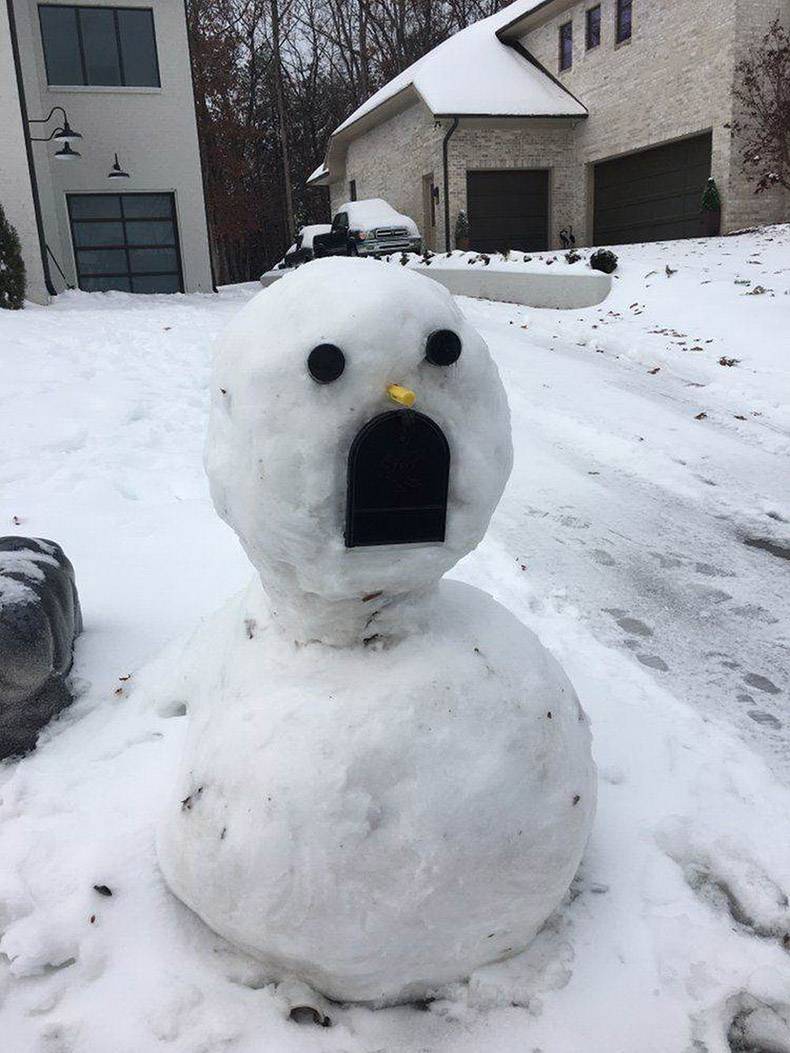 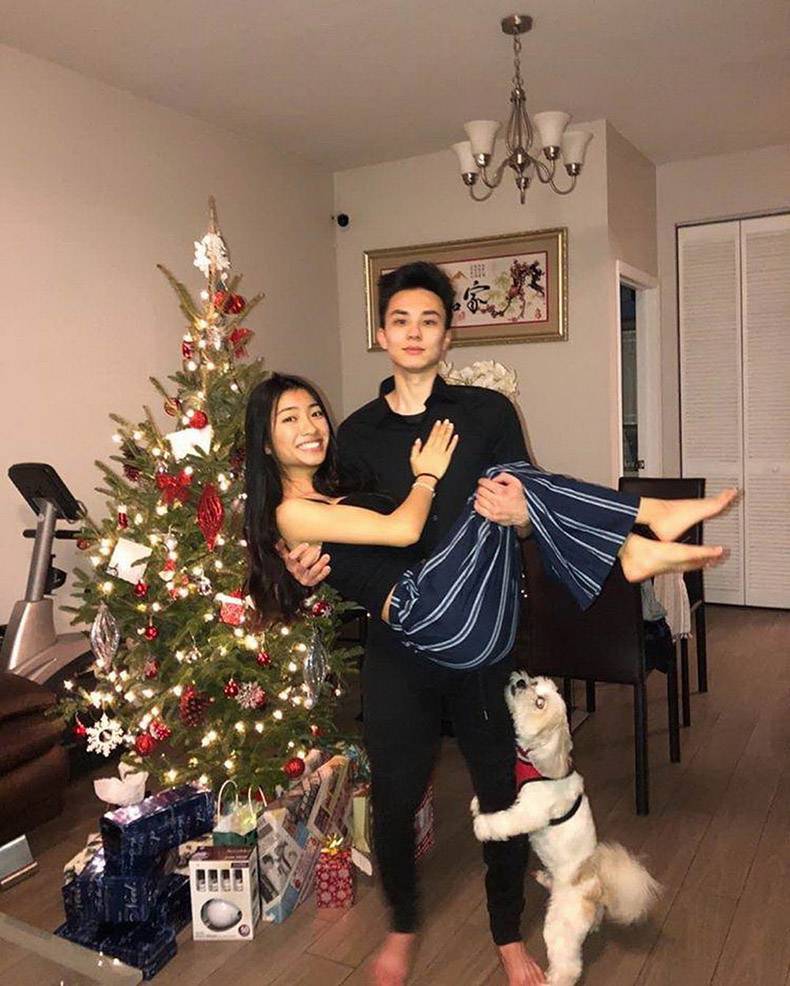 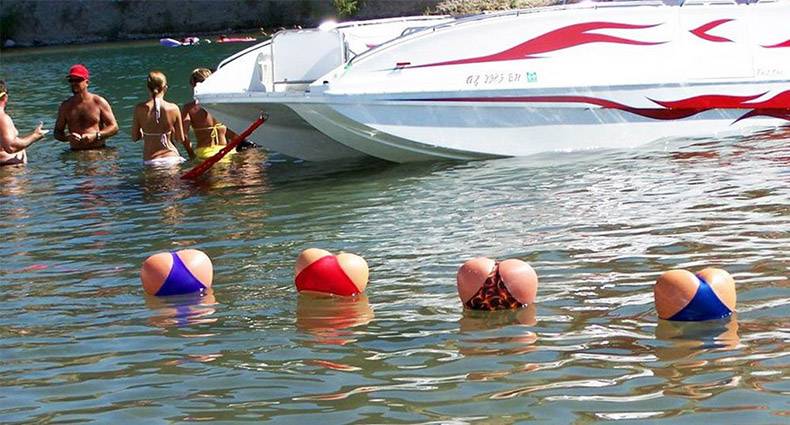 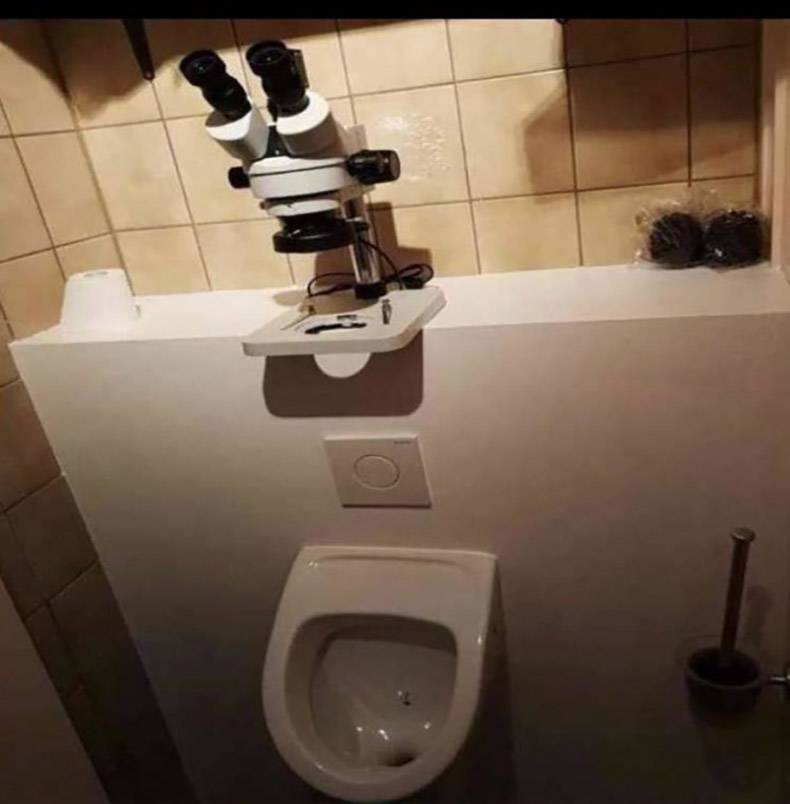 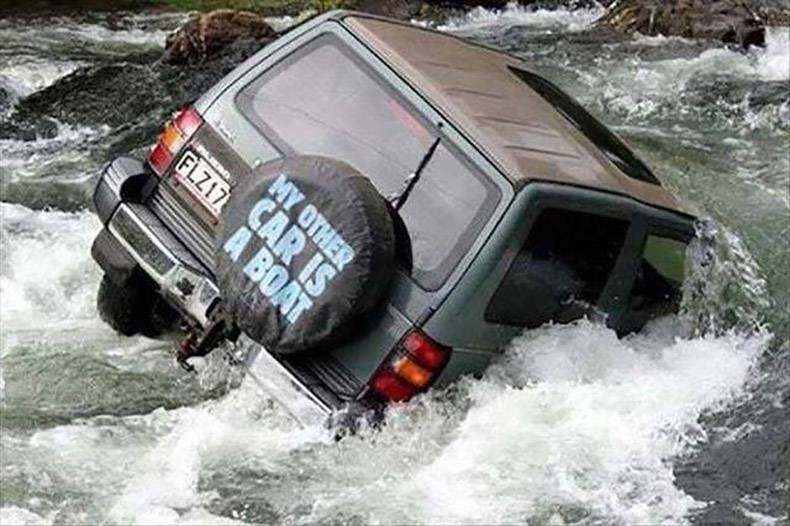 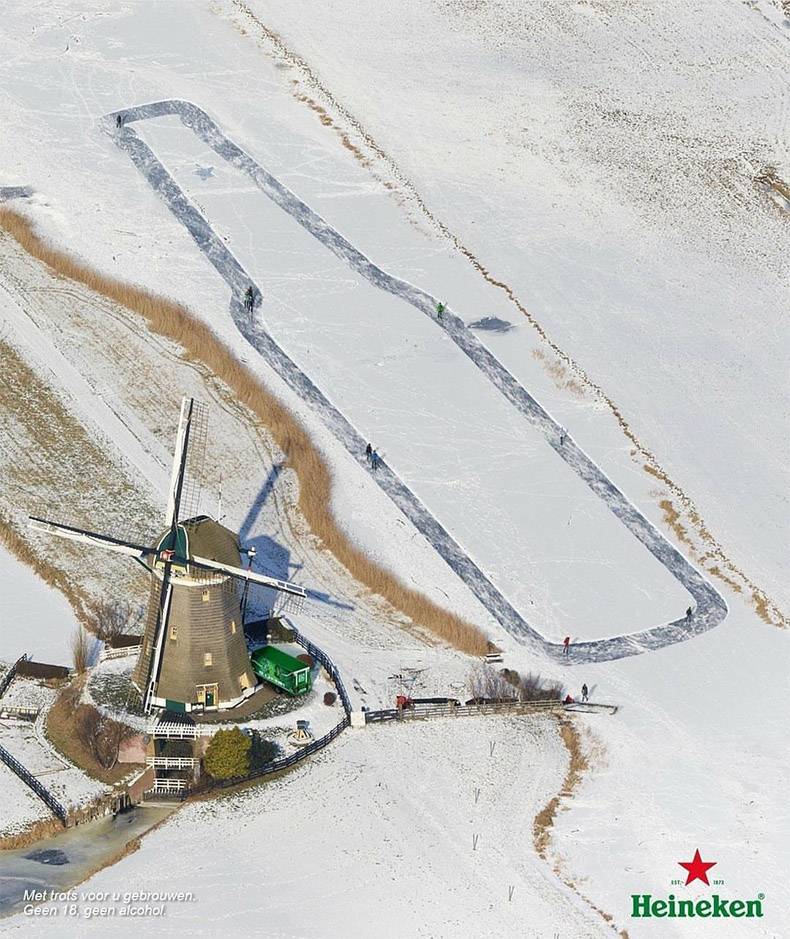 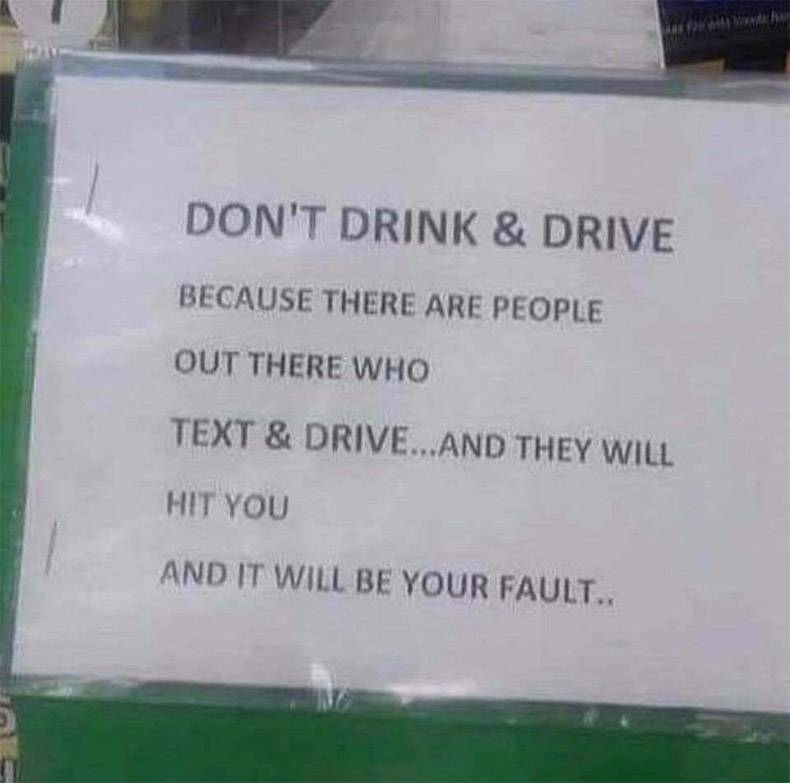 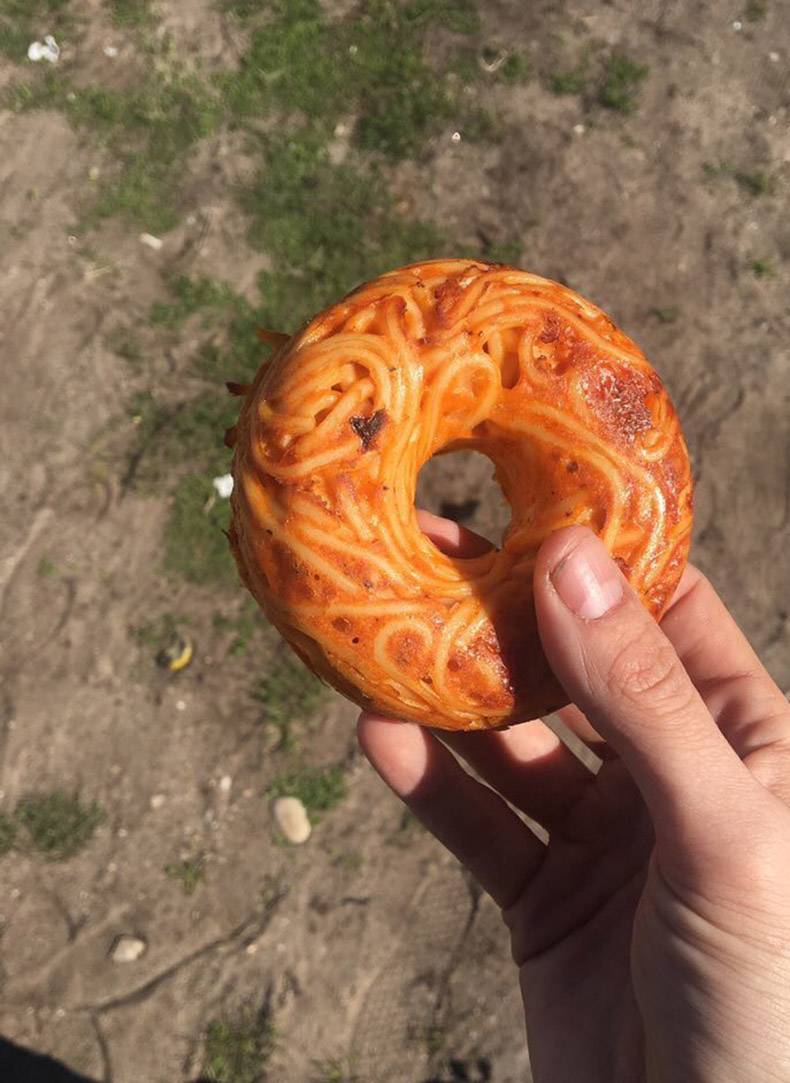 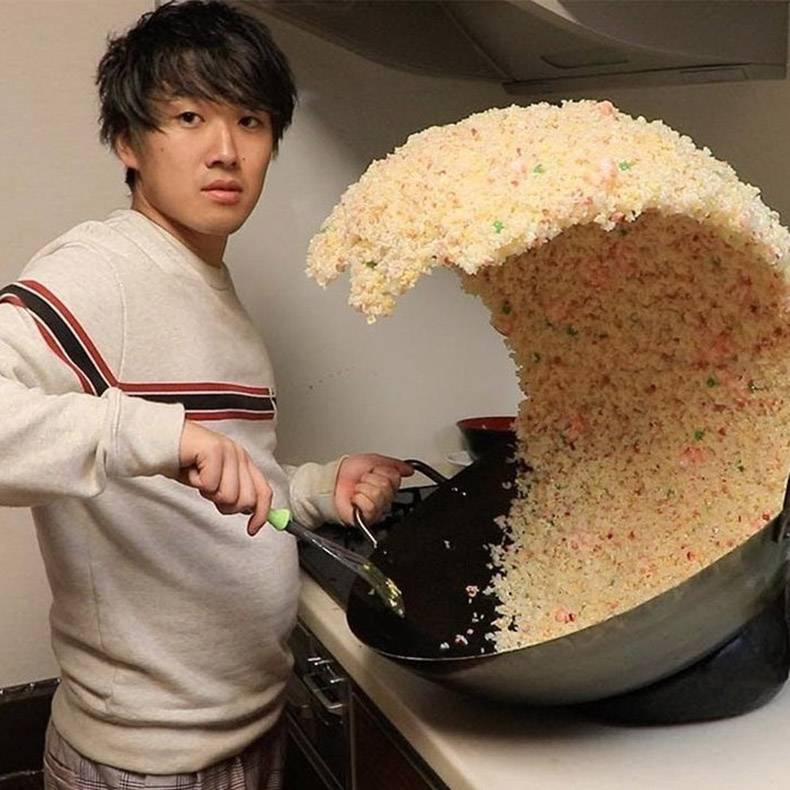 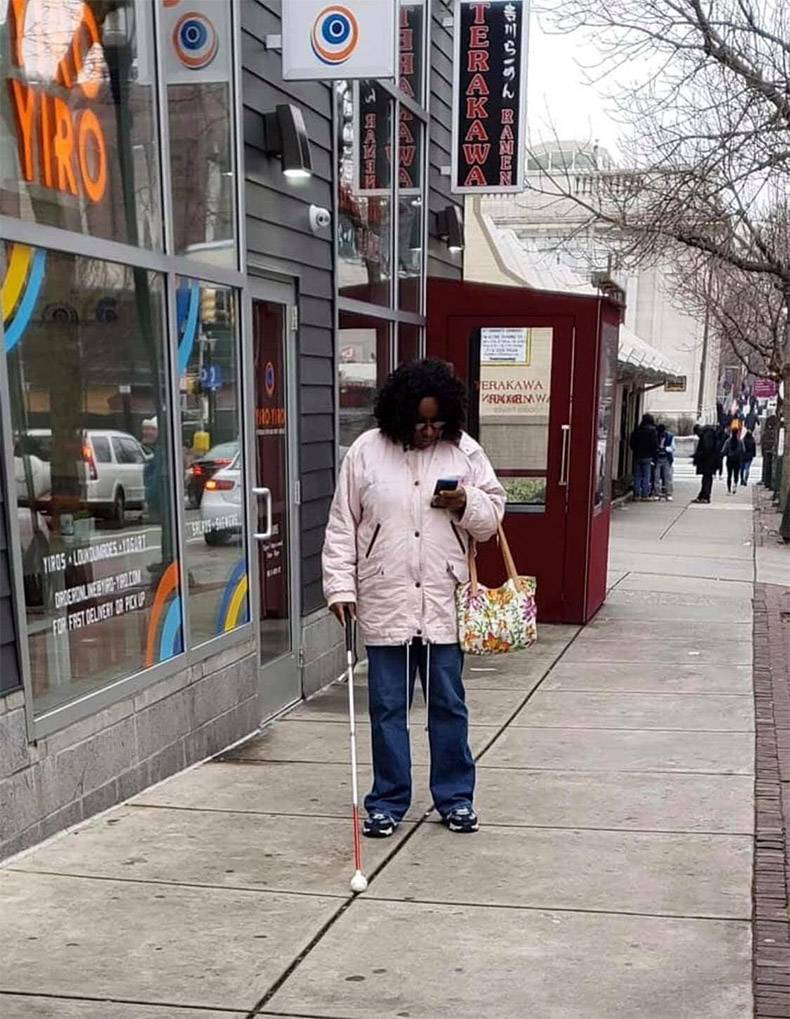 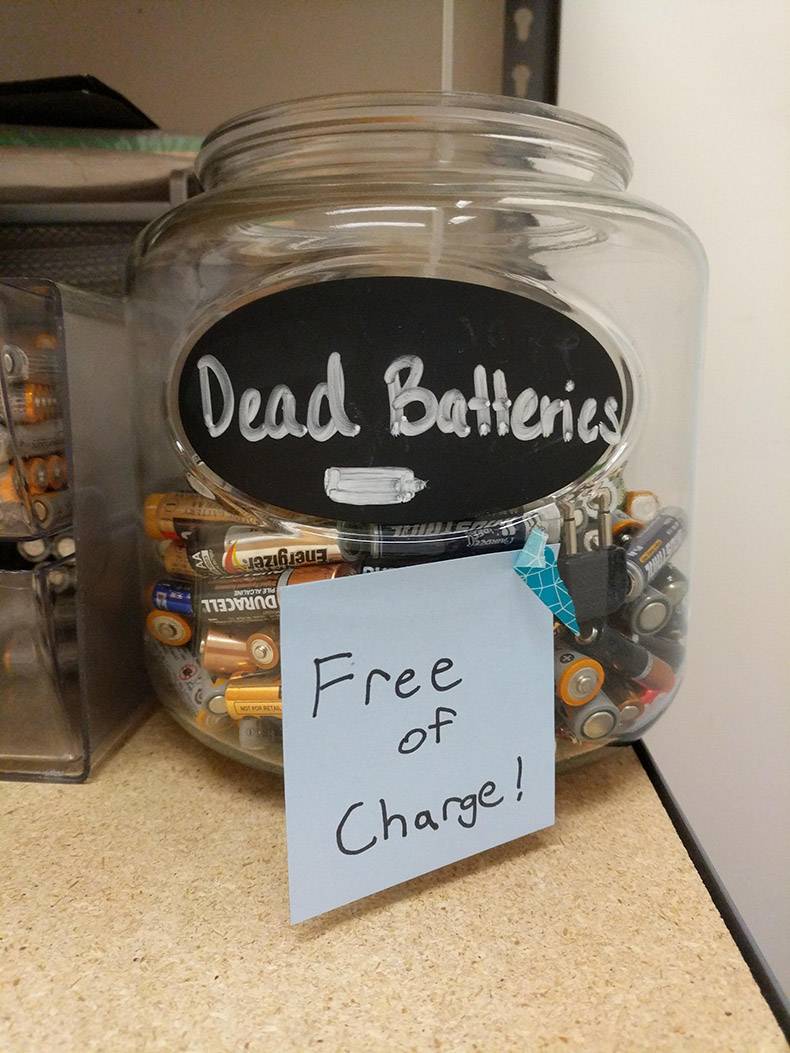 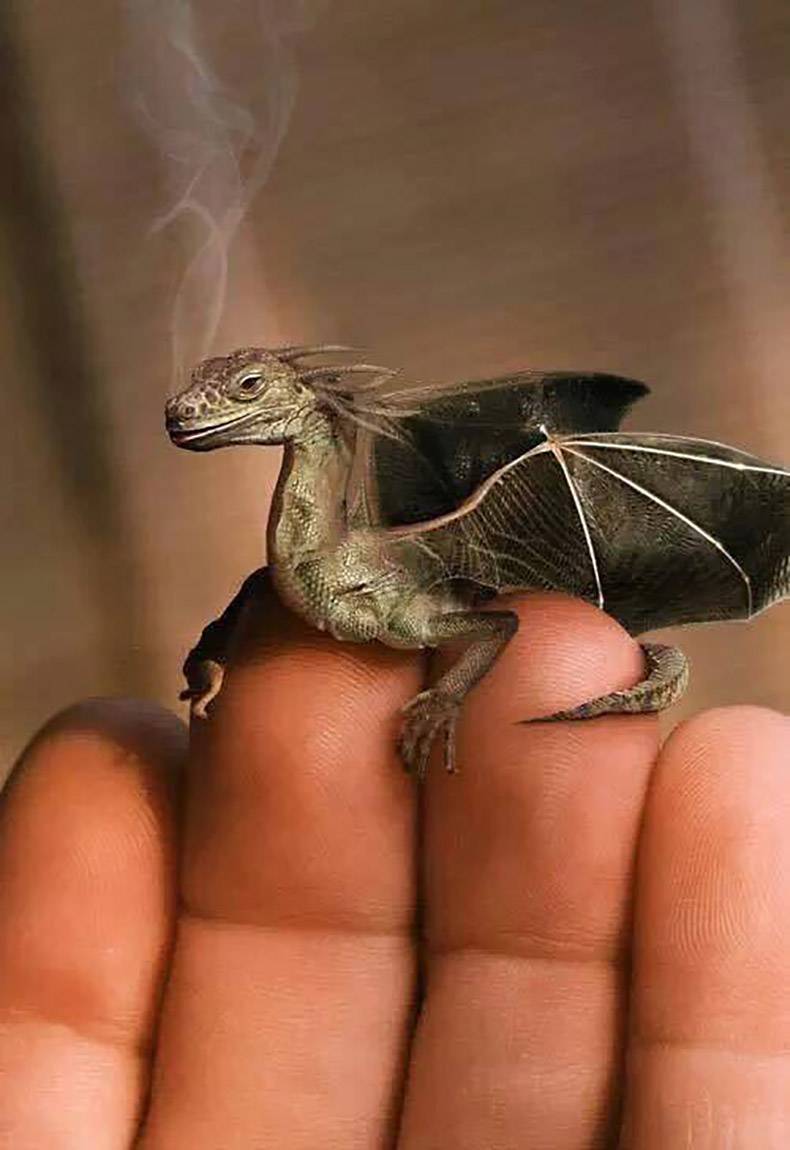 The light turned yellow, just in front of a businessman. He did the right thing, stopping at the crosswalk, even though he could have beaten the red light by accelerating through the intersection. The tailgating woman behind him was furious and honked her horn, screaming in frustration, as she missed her chance to get through the intersection, dropping her cell phone and makeup.

As she was still in mid-rant, she heard a tap on her window and looked up into the face of a very serious police officer. The officer ordered her to exit her car with her hands up.

He took her to the police station where she was searched, fingerprinted, photographed, and placed in a holding cell.

After a couple of hours, a policeman approached the cell and opened the door.

She was escorted back to the booking desk where the arresting officer was waiting with her personal effects.

He said, “I’m very sorry for this mistake. You see, I pulled up behind your car while you were blowing your horn, flipping off the guy in front of you and cussing a blue streak at him. I noticed your ‘What Would Jesus Do’ bumper sticker, the ‘Choose Life’ license plate holder, the ‘Follow Me to Sunday School’ bumper sticker, and the chrome-plated Christian fish emblem on the trunk, so naturally… I assumed you had stolen the car.”

When I announced I was getting married my Dad advised me to get started in the right
way–show her whose boss the first night.

After the service we retired to our room and I removed my pants and told her to try them on and she replied that they were too large. I said remember that and never try to wear the pants in the family.

She pulled off her panties and said try these on and I replied I can’t get in them and she replied No and you’r not going to until you change your attitude!! I changed my attitude

A major research institution has just announced the discovery of the densest element yet known to science. The new element has been named Pelosium. The chemical symbol of Pelosium is Pu. Pelosium has one neutron, 12 assistant neutrons, 75 deputy neutrons, and 224 assistant deputy neutrons, giving it an atomic mass of 311. These particles are held together by dark particles called morons, which are surrounded by vast quantities of lepton-like particles called peons. Pelosium’s mass actually increases over time, as morons randomly interact with various elements in the atmosphere and become assistant deputy neutrons within the Pelosium molecule, leading to the formation of isodopes. This characteristic of moron-promotion leads some scientist to believe that Pelosium is formed whenever morons reach a certain quantity in concentration. This hypothetical quantity is referred to as Critical Morass.

When catalyzed with money, Pelosium activates MSNBCobnoxium and CNNadnausium, both elements that radiate orders of magnitude more energy, albeit as incoherent noise, since they have half as many peons but twice as many morons as Pelosium.

Since it has no electrons, Pelosium is inert. However, it can be detected chemically as it impedes every reaction it comes in contact with. According to the discoverers, a minute amount of Pelosium causes one reaction to take over four days to complete when it would have normally occurred in less than a second. In the presense of anti-morons, Pelosium can be extremely corrosive. Botox seems to distort and smooth it’s surface, without impeding it’s ongoing decay.

Pelosium has a normal half-life of approximately two years, at which time it does not decay, but instead undergoes a transmutation, appearing in a new location but displaying the same properties. In this process, assistant neutrons, vice neutrons and assistant vice neutrons exchange places. Some studies have shown that the atomic mass actually increases after each transmutation.

Research at other laboratories indicates that Pelosium occurs naturally in the atmosphere. It tends to concentrate at certain points such as government agencies, large corporations, universities, and anywhere there is news coverage occurring. It can usually be found in the newest, best appointed, and best maintained buildings.

Scientists point out that Pelosium is known to be toxic at any level of concentration and can easily destroy any productive reaction where it is allowed to accumulate. Attempts are being made to determine how Pelosium can be controlled to prevent irreversible damage, but results to date are not promising.

A blonde man is in the bathroom and his wife shouts: “Did you find the shampoo?”
He answers, “Yes, but I’m not sure what to do… it’s for dry hair, and I’ve just wet mine.”

A blonde man goes to the vet with his goldfish.
“I think it’s got epilepsy,” he tells the vet.
The vet takes a look and says, “It seems calm enough to me.”
The blonde man says, “Wait, I haven’t taken it out of the bowl yet.”

A blonde man spies a letter lying on his doormat.
It says on the envelope “DO NOT BEND “.
He spends the next 2 hours trying to figure out how to pick it up.

A blonde man shouts frantically into the phone, “My wife is pregnant and her contractions are only two minutes apart!”
“Is this her first child?” asks the Doctor.
“No!” he shouts, “this is her husband!”

A blonde man was driving home, drunk as a skunk. Suddenly he has to swerve to avoid a tree, then another, then another.
A cop car pulls him over, so he tells the cop about all the trees in the road.
The cop says, “That’s your air freshener swinging about!”

A blonde man’s dog goes missing and he is frantic. His wife says “Why don’t you put an ad in the paper?”
He does, but two weeks later the dog is still missing.
“What did you put in the paper?” his wife asks.
“Here boy!” he replies.

A blonde man is in jail. The guard looks in his cell and sees him hanging by his feet.
“Just WHAT are you doing?” he asks.
“Hanging myself,” the blonde replies.
“The rope should be around your neck” says the guard.
“I tried that,” he replies, “but then I couldn’t breathe.”

A friend told the blonde man: “Christmas is on a Friday this year.”
The blonde man then said, “Let’s hope it’s not the 13th.”

Two blonde men find three grenades, and they decide to take them to a police station.
One asked: “What if one explodes before we get there?”
The other says: “We’ll lie and say we only found two.”

A woman phoned her blonde neighbor man and said: “Close your curtains the next time you your wife are having sex. The whole street was watching and laughing at you yesterday.”
To which the blonde man replied: “Well the joke’s on all of you because I wasn’t even at home yesterday

An Italian tourist asks a blonde man: “Why do scuba divers always fall backwards off their boats?”
To which the blonde man replies: “If they fell forward, they’d still be in the boat.” *

*I’m an open water scuba instructor certified by Professional Association of Diving Instructors (PADI). A backroll entry is done from a boat with a low gunwhale and the easiest way to enter the water. If you did a front roll off of a boat the water would smash your facemask into your head creating a vacum which can suck your eyeballs out of your head.