I don’t know what to think about Elon Musk anymore. I mean the SpaceX stuff is awesome, and the Tesla car has been pretty cool. But now we have the Tesla pickup truck, unveiled on Thursday. (Simone Giertz did it first!) The Tesla Cybertruck looks odd—one person likened it to a futuristic doorstop—but that’s fine with me. My problem is with the unveiling itself.

In case you missed it, Musk wanted to demonstrate the truck’s ruggedness. They start off by hitting a normal truck door with a sledgehammer. Yes, it makes a dent. What about the Tesla truck? Bam! Not a scratch. It has a thicker steel exterior that makes it impervious to people with sledgehammers.

Oh, and the windows? They’re made of “Tesla Armor Glass.” To compare, Musk’s assistants drop a metal ball on normal car glass, which cracks. Then they drop it on Tesla’s special glass, and the ball bounces off. They drop a bigger ball on it from higher up. Nothing. So the guy tosses the ball at the driver’s window of the Cybertruck—and smashes it.

“Well, maybe that was a little too hard,” Musk says. So the guy picks up the ball and lobs it as softly as he can at the rear passenger window. Now there are two smashed windows. Awkward.

I don’t know, if it were me, I’d have tested this demo before doing it live onstage. But, to Musk’s credit, they just carried on with the show. The whole rest of the presentation was carried out in front of a prototype with broken windows. Bad optics, but you have to admire his aplomb.

What went wrong? Why did Tesla’s fancy glass survive a dropped ball but not a thrown ball? To find out, we need some physics.

How high was the test ball dropped?

If you drop a metal ball, it speeds up as it falls. So to know how hard it hit the glass in the demo, we need to know the height from which it was released. For the first drop, the stage assistant stands over the glass, raises his arm, and releases the ball—that looks to be a distance of roughly 1 meter. The higher drops are a little trickier. It would have been nice if they just told us, but that’s OK, we can estimate it from the amount of time it takes to hit.

If you drop an object, it starts with an initial velocity of zero, and the only force acting on it is gravity. The gravitational force, we know, depends on the local gravitational field (9.8 newtons per kilogram) and the mass of the object.

We also know that the net force must equal the product of mass and acceleration. Notice: Mass is on both sides of the equation, so we cancel out the mass, and we get that the acceleration of a falling object is 9.8 meters per second squared in the downward direction.

Using the definition of acceleration, and rearranging, you can get the following semi-famous equation showing height (y) as a function of time (t):

If I could measure the fall time for the ball, I could just plug it into that equation and get the change in vertical height. Alas, nothing is easy. The video doesn’t seem to show a continuous shot of the ball falling—it cuts to another angle. OK, that’s fine. There is another shot that shows the ball falling. Looking at a few frames, I get a falling time of 0.267 seconds. This gives a drop of 0.35 meters—and it’s about the same distance as one of those steps on the ladder next to it. With ten steps, that puts the total drop height of around 3.5 meters. Not perfect, but it’s fine for now.

How can we characterize the collision?

What’s the difference between a ball dropped from a height of 1 meter and 3.5 meters? How do you characterize the impact with the window? Honestly, this is a tough problem. There’s not just one number that completely describes the interaction between the ball and the window. The two easiest things to calculate are the momentum and kinetic energy of the ball right before it strikes the glass window—so I will calculate both of those.

The momentum is a product of the object’s mass and velocity. Here is an expression for momentum (p) in one dimension (because really it’s a vector quantity).

So, I need the ball’s mass (m) and its velocity (v) before impact. I really don’t know much about the ball except that it looks about the size of a baseball and I know you can buy steel balls with a diameter of 3 inches (baseball sized). Let’s just go with that. This one has as a weight of 4.2 pounds (1.9 kilograms).

What about the speed? If it falls from a height (h) of 3.5 meters with an initial velocity of zero m/s, I can use the following kinematic equation to calculate the final speed. (Here g is the gravitational field, with a value of about 9.8 newtons per kilogram.)

This gives an impact speed of 8.3 m/s and a momentum of 15.7 kg * m/s. But what does that even mean? Let’s just compare that with the final momentum of the same ball dropped from a height of 1 meter. Using the same method, I get an impact momentum of 8.4 kg * m/s. That’s about half the momentum.

What about the kinetic energy? This is calculated as: 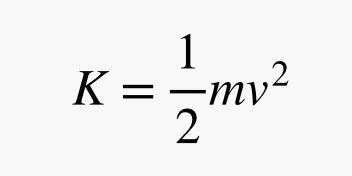 But which one better describes the impact? Honestly, it really depends on the situation. For this Tesla truck window thing, I’m going to use the kinetic energy to explain what went wrong.

How fast did the dude throw the mass?

The dropped ball didn’t break the window, but the thrown ball did. How fast did that dude throw the ball? Time for another rough approximation. Let’s assume a few things:

Plugging in my values for the distance and time, I get a throwing speed of 7.4 meters per second (just 16.6 mph) with an impact momentum of 14.1 kg * m/s. That puts it right around the impact momentum of the ball dropped from a height of 3.5 meters. So, if everything is set up it shouldn’t break the window.

But the window did indeed break. What happened? Did someone just forget to upgrade the windows on the Tesla truck? No, I think there is another reason the truck window broke but the test window didn’t. The key difference between the two windows was the mounting. The test window with the dropped ball was held in place by some type of clamps. These clamps are not completely rigid—they allow the test glass to move some during impact. The truck window was held in place by the door frame such that it couldn’t move very much.

Here, let me show this with a diagram.

In both cases, the ball is traveling with about the same speed and the ball is stopped by a force exerted on it from the glass. In the case of the truck window, the stopping distance is shorter (labeled sT with the T for truck) than in the case of the mounted glass (sg). Since we are dealing with forces and distance, we can use the work-energy principle to calculate the work done by the glass, where the work is the product of the force and distance the ball moves. The work done on the ball must be equal to the change in kinetic energy of the ball. Oh, the force is pushing backwards, it’s actually negative work.

Then how do you fix this? Well, you could but tiny little shocks or springs on the truck window, but that might detract from its cool look. Or maybe the problem is that the mounted glass and the glass on the truck were different materials. Who knows.