On Saturday, Elon Musk’s space company will intentionally shred a Falcon 9 to smithereens to prove it can safely carry humans, of course. 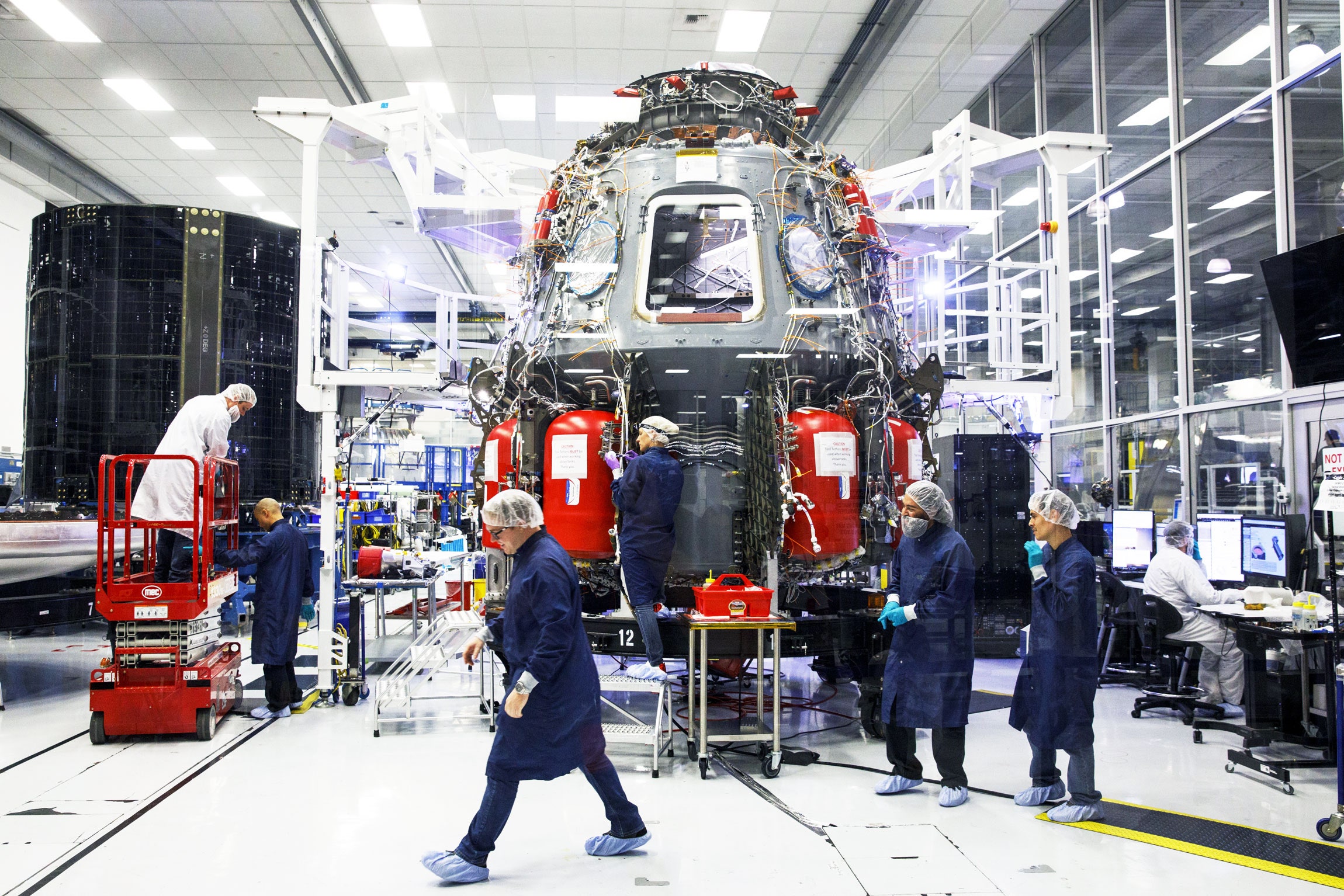 On Saturday morning, a SpaceX Falcon 9 rocket is expected to lift off from Launch Complex 39A at Kennedy Space Center, the same launchpad where astronauts departed for the moon 50 years ago. A Crew Dragon capsule will be mounted atop the rocket, just as it will be later this year when SpaceX sends its first astronauts on a mission to the International Space Station. But this time, neither the rocket nor its payload will make it to space—and that’s the point.

Just a minute and a half after launch, the Falcon 9 will kill its engines and the Crew Dragon will fire its SuperDraco engines to separate from the rocket. At this point, the rocket and the capsule will both be traveling around 1,000 miles per hour. After separation, they will continue coasting through the stratosphere before they begin their return to Earth. The Falcon 9 will get torn to shreds over the Atlantic Ocean during its descent, but the Crew Dragon will gently land in the ocean under parachute.

“We tried to design a way to save B1046, but not possible,” CEO Elon Musk tweeted, referring to the rocket by its block number. Instead, he wrote, it will be “destroyed in Dragon fire.”

The so-called “in-flight abort test,” whose launch window opens at 8 am Eastern time on Saturday morning, is going to be one hell of a show. It is also one of the last major milestones before SpaceX can start sending astronauts to the ISS. The test is meant to show NASA that in the event of an emergency during launch, SpaceX can jettison astronauts to safety. It will mimic an actual launch to the space station in nearly every way, except no astronauts will be on board.

NASA describes an emergency during launch as an “unlikely event,” but this kind of dramatic escape is more than a hypothetical. In 2018, a Russian Soyuz rocket had to jettison its capsule containing a Russian and American astronaut after one of the rocket’s boosters failed to separate. It was the first time in history an abort system was used during flight with astronauts on board, but it worked perfectly and both astronauts returned safely to Earth.

The launch abort process is not a fun one for astronauts. The crew notices an intense and sudden increase in g-forces, from forces that are about 5 times gravity, as experienced during launch, to about 7g. “The first thing I noticed was being shaken fairly violently side to side,” NASA astronaut Nick Hague said, recalling his experience during the 2018 abort. “Then there was an alarm in the capsule and a light. I knew once I saw the light that we had an emergency with the boosters.”

SpaceX and Boeing are each vying to be the first commercial company to send NASA astronauts to space later this year, but the road to crewed flight has been plagued with setbacks. Each company has a slightly different certification process with NASA, which means that Boeing only had to demonstrate a launchpad abort test rather than an in-flight abort test. Late last year, Boeing had to prematurely end its uncrewed demo mission to the space station after a timer glitch on the spacecraft.

Although SpaceX’s uncrewed demo mission went off without a hitch, it has had problems of its own. Last year, its Crew Dragon capsule exploded during a test, a problem that the company traced to a leaky valve. At the same time, both SpaceX and Boeing struggled to perfect their capsules’ parachute systems. In December, however, SpaceX completed its tenth consecutive successful parachute test, which is required by NASA before astronauts can fly.

If Saturday’s in-flight abort test goes well, SpaceX will be nearly ready to return human spaceflight to American soil for the first time since the Space Shuttle program ended in 2011. The crew capsule that will bring astronauts to space will be delivered to Kennedy Space Center next month, but Musk says it will be a “few more months” before it’s ready to fly.

Daniel Oberhaus is a staff writer at WIRED, where he covers space exploration and the future of energy. He is the author of Extraterrestrial Languages (MIT Press, 2019) and was previously the news editor at Motherboard.