Police officers in China have started to wear AI-powered smart helmets which can automatically take pedestrians’ temperatures as they patrol the streets amid the coronavirus crisis.

The high-tech headgear has an infrared camera, which will sound an alarm if anyone in a radius of five metres (16 feet) has a fever – a common symptom of the disease.

Equipped with the facial-recognition technology, it can also display the pedestrian’s personal information, such as their name, on a virtual screen inside. 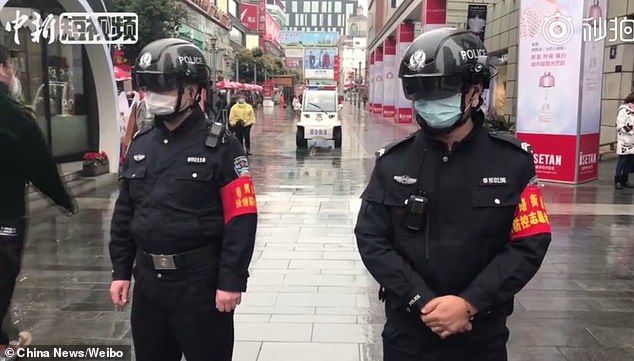 Officers in major Chinese cities are now using the futuristic device to prevent the spread of the coronavirus as people begin to go back to work.

In Chengdu, a city of 16 million people in south-western Sichuan Province, two officers donned the gadgets to monitor people on a high street on Monday.

A video released by China News shows the officers looking around to screen passing shoppers to see if their body temperatures were above 37.3 degrees Celsius.

In Shenzhen, which shares a border with Hong Kong, police this week began to inspect drivers who came into the city with the help of the helmets.

While in Shenzhen People’s Hospital, medics sporting the headgear stood outside the outpatient department on Monday to help catch suspected coronavirus sufferers. 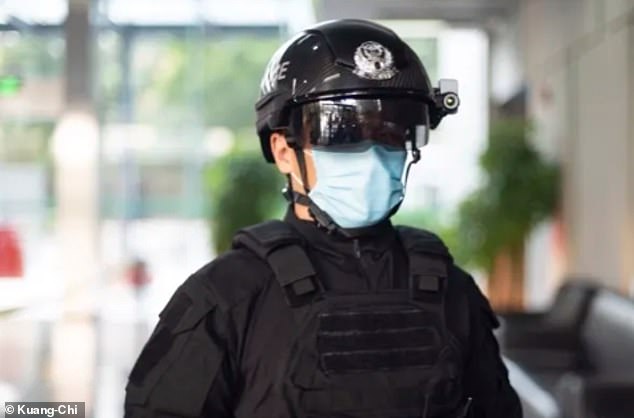 The company claims that it has produced the apparatus especially to help fight the coronavirus.

A spokesperson said: ‘This is a highly intelligent wearable device specifically designed to address the many challenges in the prevention of the epidemic.

‘Anyone with a fever can be screened from as far as five metres away. Within the five-metre “battlefield”, [it] can scan all individuals and its detection of fever sufferers is 100 per cent accurate.’ 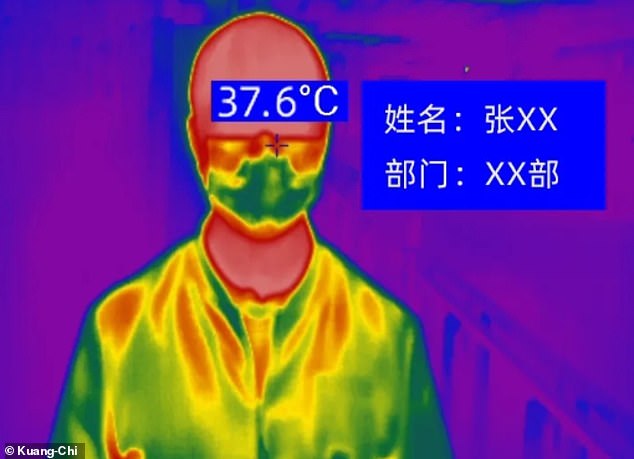 The spokesperson continued: ‘[It] can not only detect individuals with fevers, but also record the temperature of each of the targets automatically.

‘The whole process is very efficient and completed in a safe distance without contact.’

It would only take officers two minutes to scan a queue of more than 100 people with the help of the smart tool; and one big hospital would only need 10 such helmets to cover every corner, according to the developer.