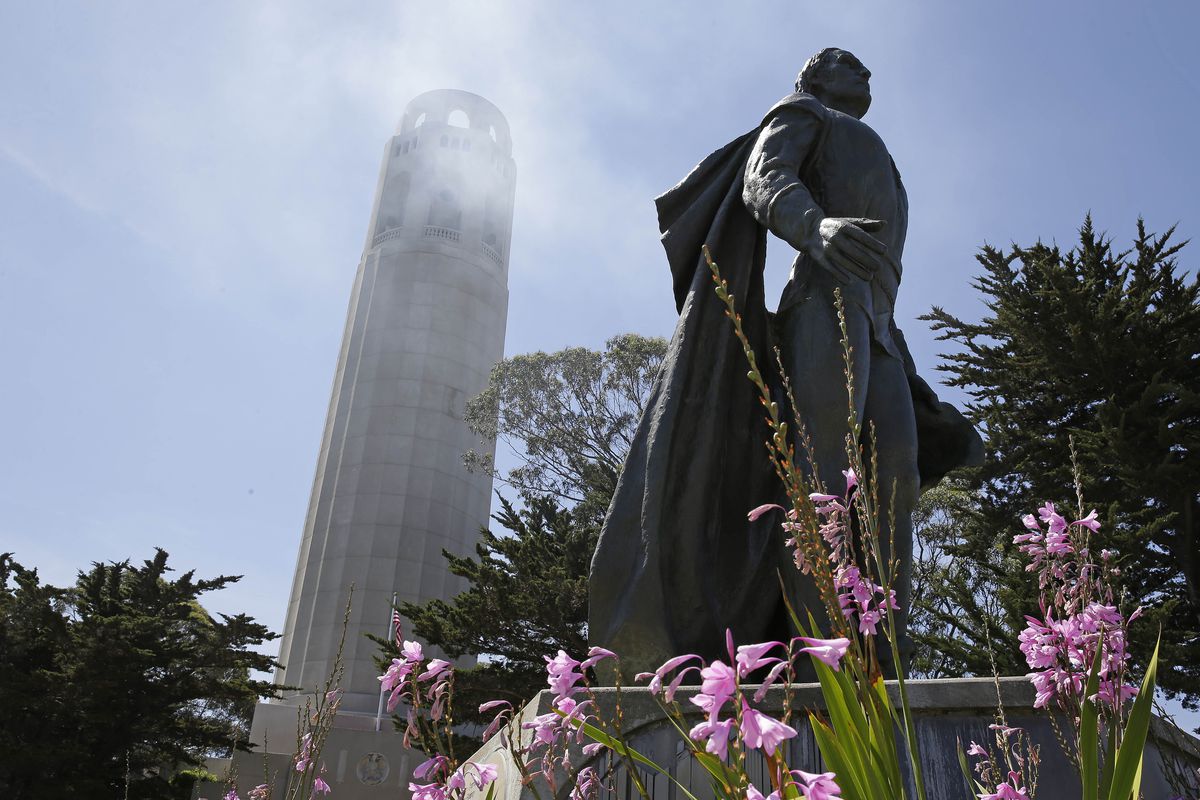 Christopher Columbus never stepped foot on what is today the United States. He never visited California or sailed the Pacific Ocean. And he didn’t discover America in 1492. But that hasn’t stopped American cities, including San Francisco, from erecting statues honoring the genocidal explorer. After decades of protests, the city quietly removed the bronze monument from its plinth on Telegraph Hill and put him into hiding.

All it took was the threat of a protest that never happened.

On Thursday, Mayor London Breed ordered the statue be removed from its spot next door to Coit Tower, where it stood since 1957. Her directive came after a Black Lives Matter rally, planned for Friday, promised to “pull down the Christopher Columbus statue and throw is over Pier 31” in Fisherman’s Wharf. Workers arrived on the scene with a crane, which they used to lift the statue up and carry it away before denizens could fell it themselves, withholding the opportunity to see people carry the two-ton statue down the rickety wooden Filbert Street Steps, across the Embarcadero, and toss it in the bay.

“It was removed because it doesn’t align with San Francisco’s values or our commitment to racial justice,” says Arts Commission spokeswoman Rachelle Axel. “Doing it quickly was also a matter of public safety.”

The statue has been safely placed in storage at an undisclosed location, says Axel, adding, “We look forward to engaging the community in a meaningful conversation around next steps for the statue and for the site.”

Now that Christopher Columbus has been evicted from the Coit Tower plaza, there are plenty of suggestions for replacing him, and they include a statue of another historic Italian American, House Speaker Nancy Pelosi.

“Everything from a Benny Bufano statue of St. Francis of Assisi to Italian General Giuseppe Garibaldi to moving the firefighter statue in Washington Square — the list goes on and on,” said Supervisor Aaron Peskin, whose district played host to the Columbus statue until the city removed it early Thursday morning.