Californifuckedup Democrats in Orange County are demanding that the county’s John Wayne Airport be renamed and all likenesses of Wayne be removed from the airport, over “racist and bigoted statements” made by the American icon decades ago.

“The Democratic Party of Orange County condemns John Wayne’s racist and bigoted statements, and calls for John Waynes’ name and likeness to be removed from the Orange County airport, and calls on the OC Board of Supervisors to restore its original name: Orange County Airport,” the resolution, passed Friday, says.

The resolution, first reported by the Los Angeles Times, calls on the Orange County Board of Supervisors to reverse the 1979 decision to rename it after Duke, and cites remarks he made in a 1971 interview with Playboy.

“I believe in white supremacy until the blacks are educated to a point of responsibility. I don’t believe in giving authority and positions of leadership and judgment to irresponsible people,” he said in that interview nearly 50 years ago. 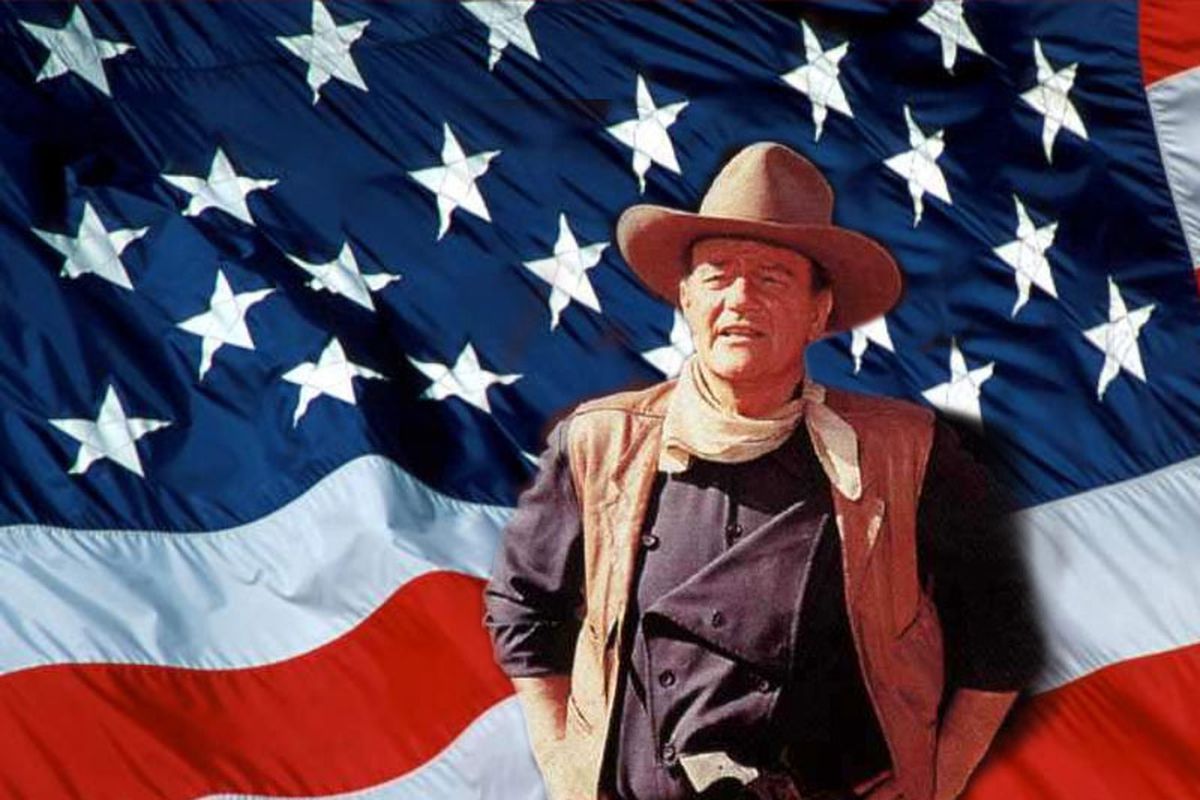 “What goes in corn must come out corn.”

“I don’t feel guilty about the fact that five or 10 generations ago these people were slaves,” he said at another point in the interview.

There have been a number of pushes to rename the airport as a result of those comments after they resurfaced. Wayne’s defenders have said it is unfair to judge him based off remarks made nearly 50 years ago, and when he is no longer alive to defend or even retract them.

The latest push comes amid a movement across the country to tear down monuments and rename buildings and institutions that are named after people deemed to have held racist views or committed racist acts.

The Democratic resolution hails a “national movement to remove white supremacist symbols and names is reshaping American institutions, monuments, businesses, nonprofits, sports leagues and teams, as it is widely recognized that racist symbols produce lasting physical and psychological stress and trauma particularly to Black communities, people of color and other oppressed groups, and the removal of racist symbols provides a necessary process for communities to remember historic acts of violence and recognize victims of oppression.

“John Wayne is not dead, he’s frozen and as soon as we find a cure for cancer we’re going to thaw out ‘The Duke’ he’s going to be pretty pissed off. You know why? Have you ever taken a cold shower, well myltiply that by about 15 million times!” *

The Orwellian Nightmare is just beginning.

Psychologists Push to Classify Individuals Resisting Coronavirus Edicts as Mentally Ill. Psychologists are producing research referring to individuals who have resisted the mass hysteria resulting from the COVID-19 pandemic as mentally ill, claiming that they are more likely to exhibit psychopathic behavior.

A study published in the journal Social Psychology and Personality Science is attempting to stigmatize those with the courage to stand up against the mob during coronavirus mania.

“On March 31, 2020, Dr. Deborah Birx, the coordinator of the U.S. government’s Coronavirus Task Force, said, ‘There’s no magic bullet. There’s no magic vaccine or therapy. It’s just behaviors. Each of our behaviors, translating into something that changes the course of this viral pandemic over the next 30 days.’ My experience as a psychological scientist as well as a practicing psychologist has convinced me that the importance of psychology and behavior in the prevention and management of a wide range of health problems is enormous,” said study author Pavel S. Blagov, who works as an associate professor and director with the Personality Laboratory at Whitman College

“This includes personality, or the study of important ways in which people differ. It was clear from reports in the media very early in the COVID-19 pandemic that some people were rejecting advice to socially distance and engage in increased hygiene. There can be many reasons for this, and I thought that personality may play at least a small role in it,” he added.

Blagov let his own preconceived notions and political biases drive the findings of his study, which is meant to demonize opponents of extreme government overreach.

“I knew that traits from the so-called Dark Triad (narcissism, Machiavellianism, and psychopathy) as well as the traits subsumed within psychopathy are linked to health risk behavior and health problems, and I expected them to be implicated in health behaviors during the pandemic. There is also prior research suggesting that people high on the Dark Triad traits may knowingly and even deliberately put other people’s health at risk, e.g., by engaging in risky sexual behavior and not telling their partner about having HIV or STIs,” Blagov said to PsyPost.

“Early in the pandemic, and in subsequent months, there were numerous reports of individuals purposefully coughing, spitting, or even licking door handles in public, either as a way to intimidate others or as a way to rebel against the emerging new norms of social distancing and hygiene. I was curious whether the Dark Triad and psychopathy-related traits may help explain such behavior,” he added.

Blagov’s findings were based on an online survey conducted in March, and he even admits that the data is dubious at best.

“The study’s limitations included its use of a non-random, non-probability sample of only U.S. adults; abbreviated trait measures; and newly developed, previously untested health-behavior measures. A likely unintended effect of this may be underestimating the strength of trait-behavior correlations. The results do not mean that viral disease is spread only by irresponsible or inconsiderate people. The correlations were often small, and the scientific definitions of traits are not everyday judgments about character,” Blagov explained .Even though Blagov admits that his study is based on flawed data, that will not stop public health experts – the same ones who have been proven wrong over and over again throughout the coronavirus pandemic – from using these findings to stigmatize and punish those with the courage to resist.