The closure begins today August 7, 2020, and posting will resume on August 17. The city of Sturgis has decided to have the motorcycle rally despite the pandemic. Bikers from all over the world are descending on Sturgis South Dakota for the 2020 Motorcycle Rally. I will be visiting friends in Gillette Wyoming. 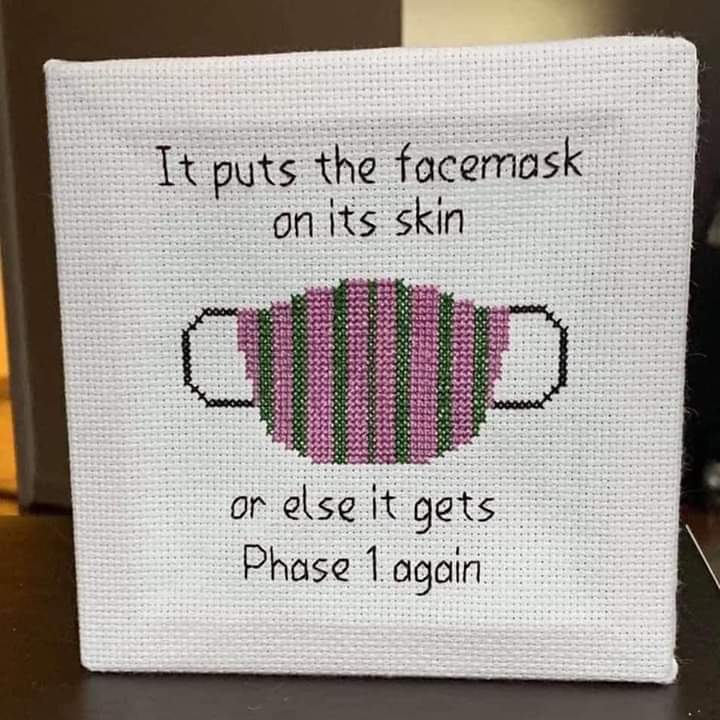 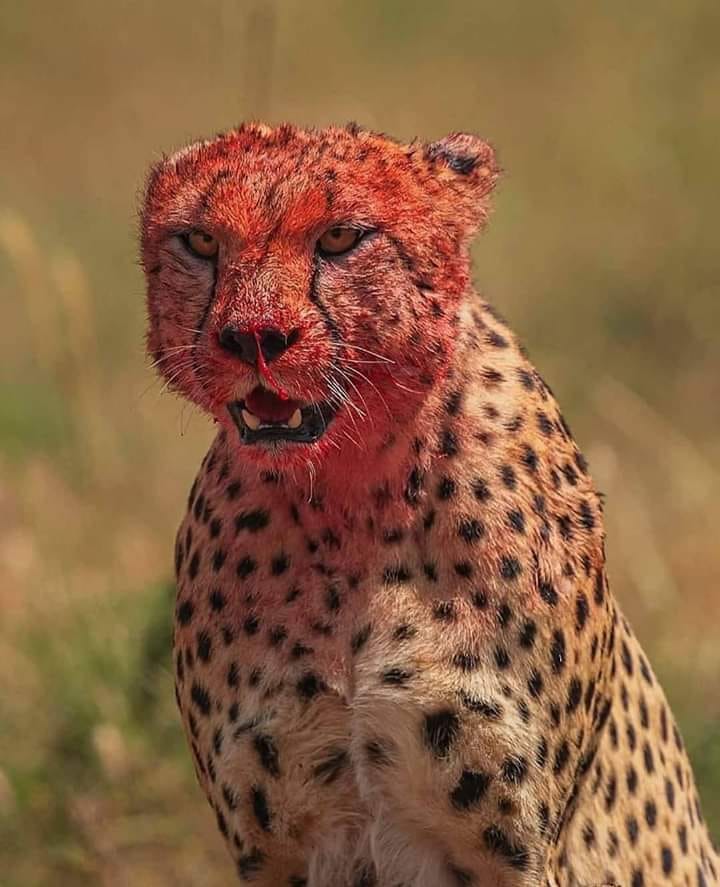 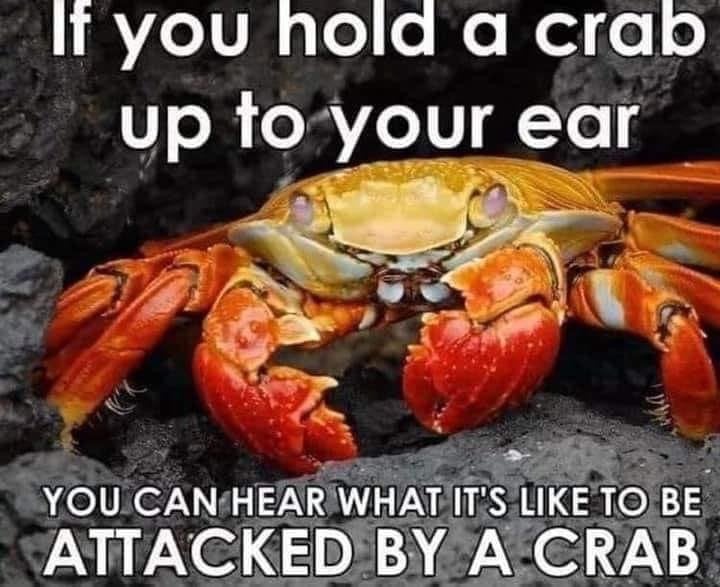 The left would have us believe that it’s rare and inconsequential, but Voter Fraud and Election Fraud are extremely common and a huge threat to our Republic. Let’s take a look at the most common Voter ID myths and falsehoods and set the record straight.

Myth 1: “We Would Be The Only Country To Do This”

The truth is that the United States is literally the only country in the world that doesn’t require presenting a valid identification before voting. Other countries make voting sacred, we just hand out ballots willy nilly. We are the only country that makes it possible for non-citizens to come to our polling stations and cast their vote for policies that would benefit them as residents of our nation without costing them in terms of taxes or civic duties.

For example, those here on temporary visas or illegal immigrants can literally show up to a polling station, give fake names to receive ballots, and vote to give their children free school lunch and to pay for it by raising property taxes.

Myth 2: “Our voter rolls are fine, don’t clean them up!

Liberals will claim that voter rolls, a list of all voters in the state, including their addresses for mail in ballots, are clean and should be left alone, that any attempt to clean them up is actually the Republicans try ing to remove names so that people can’t vote when they arrive at the polls, a process that they refer to as voter suppression.

Conservatives counter the argument of voter roll accuracy with these facts:

1. Dead people are not automatically removed from voter rolls.

Hospitals, mortuaries, funeral homes, assisted living facilities, and other similar locations are not required to notify the registrar of voters when people pass away. This makes it very easy for people to collect a list of names of the recently deceased, register them all to vote either by mail or at a local polling station, and simply vote.

A simple example would be getting the list of deceased from nursing facility A, register each one to vote at a different polling station, and then having one person drive to multiple polling stations and give a different name at each location. Since it’s not required or even illegal in some locations to ask for identification, a single person can submit dozens of votes a day. Add this system to the buses that liberals are providing to “make it easy to get to the polls” and you have a fully functional fraud system, paid for by the tax payer, for unscrupulous to vote against the tax payer’s interests!

Liberals will say that this “rarely” happens, but here’s a story of it being “very serious” in Colorado, and here’s one of thousands of dead being registered in Detroit, including one voter who was born in 1823, and this county in Pennsylvania that had nearly 70,000 dead voters on it’s rolls until threatened with a lawsuit by Judicial Watch.

2. Voter rolls are full of wrong addresses meaning that absentee ballots are mailed to where anyone can pick them up and vote however they want, often illegally.

People don’t often notify the DMV when they move, and some states require you to notify the voting rolls directly, making it one step harder for the government to maintain the rolls accurate. How bad is this problem? Well, this county in Texas has 21,000 out of 143,000 voters incorrectly listed. If the liberals get their way and we move towards a primarily mail in voting system, 15% of the votes in this one county would potentially be cast illegally, either by non-citizens or by double voting.

3. Automatic voter registration meant to increase the amount of voters has led to people being enrolled who aren’t citizens.

Liberals are pushing automatic voter registration, claiming it makes voting easier. The reality is that while it does make things easier, it makes things too easy, allowing non-citizens and underage voters to register when they obtain driver’s licenses. Couple this with liberal controlled states allowing illegal immigrants to obtain driver’s licenses and you can see why it’s a big deal that’s only getting bigger as more and more illegals are getting drivers licenses.

How bad is this, really?

Myth 3: Once purged, it’s impossible for people to get back on the voter rolls

First, let’s start with the fact that it’s the citizen’s responsibility to maintain the rolls current in the first place – it’s a fair price to pay for the liberties we enjoy from voting. Second it’s not left leaning voters who get purged, it’s anyone who hasn’t voted in several years, anyone who they believe is dead, or falls under whatever other critieria the town / city, county, or state has, so their claims that purges target minority voters is bogus.

Now, let’s destroy this myth with how simple it is to register to vote:

1. Contact any of the “Register to Vote” organizations who will do it for you. They advertise on television, newspapers, radio, internet ads, and in posters at schools, libraries, police stations, city halls, and more around the nation. Many of these organizations do all of the paperwork for you, and depending on the state, don’t even ask you for any supporting documentation – which we’re against, but the point is that re-registering to vote if you’re mistakenly purged from the rolls is easy to do.

2. Many states, plus a growing number of additional states, are allowing people to register at the polls. It literally cannot be any easier: You show up to vote and are told you can’t vote because you’ve been purged – BUT, you can add yourself back on the rolls by providing a valid identification and proof of address, which is as simple as a bill with your name on it to the address you’re claiming. The only people who would have an issue with this are those who would try to cheat the system.

Myth 4: Even if there is illegal voting, it’s not enough to throw an election

This myth can be dispelled with simple common sense: If it didn’t accomplish anything, would they risk several years in prison and tens of thousands of dollars in fines to do it?

The media, which obviously swings strongly to the left, is constantly reporting that it’s extremely rare, such as this NPR article that claims it’s happened “a handful of times in the last twenty years.”

You could stop and take their word for it, that their “extensive research” has yielded nothing. Or, you can look at the headlines around the country, that Republicans “win after suppressing voters.” You just need to be able to believe the following are simultaneously true when the liberals tell you:

Voter fraud happens extremely rarely and it has no impact

When Republicans stop it, they win elections. 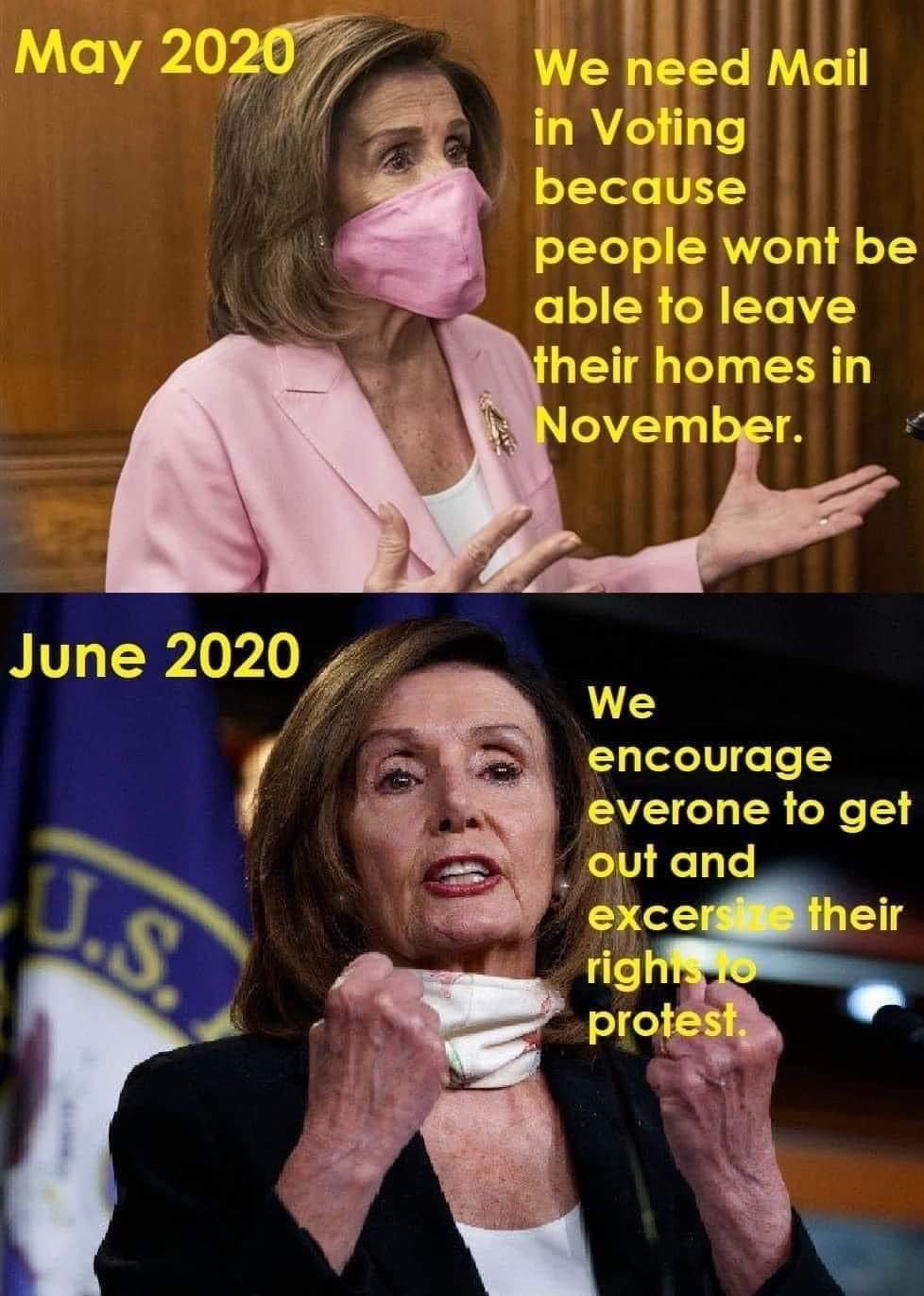 Myth 5: Obtaining ID is too expensive for minorities, the elderly, and the poor, essentially making it’s requirement a poll tax

There’s two parts to debunking this ridiculous myth, which makes it sound like ID cards are in the hundreds or even thousands of dollars.

Part 1: Use this argument at the beginning, stating that the median cost of cards nationwide was $17 nationwide

The actual cost of an identification card varies by state, but all are low. We did a state by check and all prices are current as of the publishing of this post. According to their websites, which each of these is hyperlinked to, you can expect to pay the following: $13 (only $6 if you’re 62 or older) in New York, $24 in New Jersey, $10 in Ohio, $16 in Texas (only $6 if you’re 60 or older). California has the most expensive ones we could find at $35, no surprise there, but they have reduced fees for low income and even free IDs for homeless.

Part 2: Use this when the leftist you’re arguing with inevitably says that “Well, to minorities or the poor, $17 is too much!”

The Supreme Court upheld Indiana’s Voter ID Law when leftists tried to overturn it through the courts, arguing that it was too expensive and the requirements too rigorous for the poor and minorities. 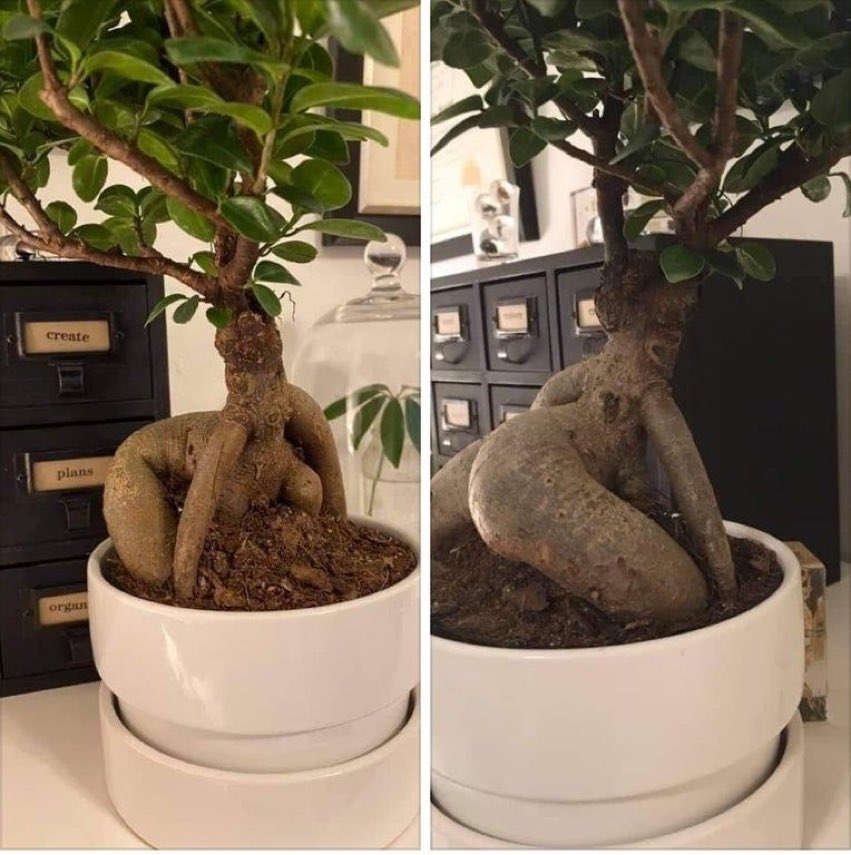 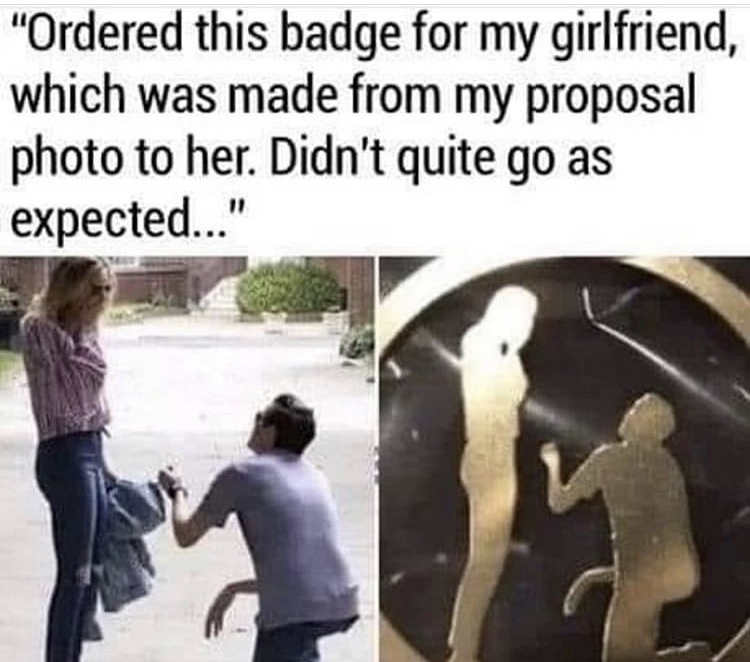 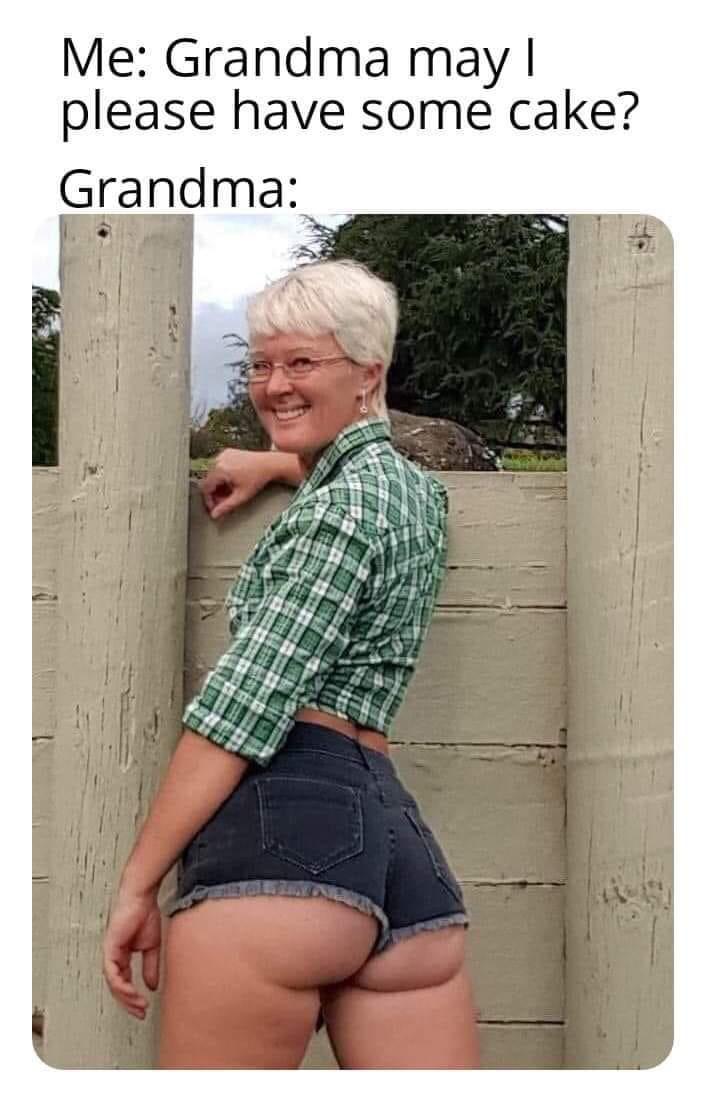